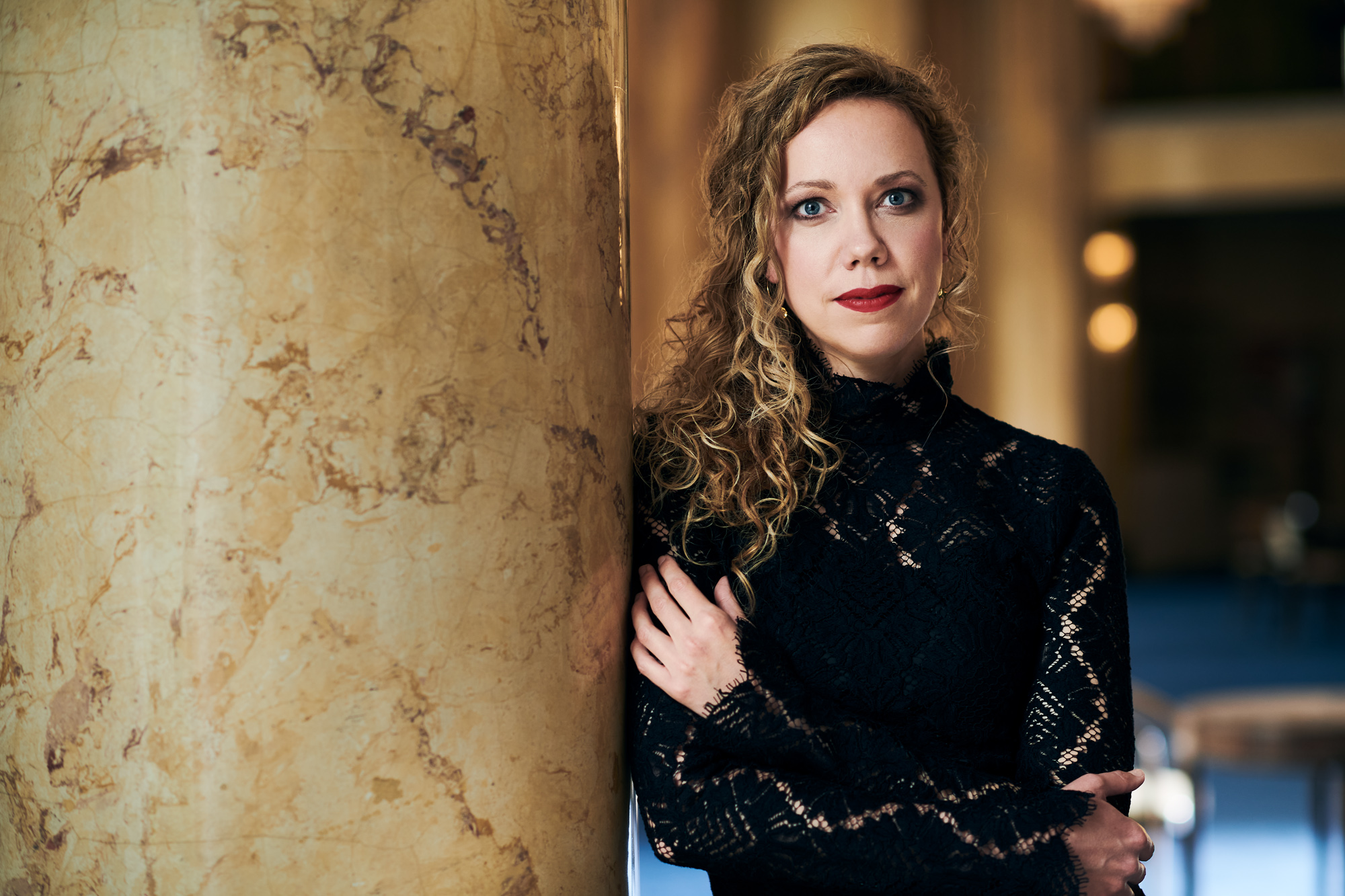 In the season of 2021/22 Stine Marie Fischer will make her debut as Erda in an new production of Richard Wagners Rheingold at Stuttgart State Opera, furtherlong she will performe the part of Holofernes in the all women premiere production of Juditha triumphans of Antonio Vivaldi.
The concert season will be filled with Mahlers 2° under the batton of Cornelius Meister and Beethovens 9° with the Hamburger Symphoniker under the batton of Sylvain Cambreling.

Stine Marie Fischer has been a member of the Stuttgart State Opera's ensemble since the 2015/16 season. She made her debut with the house in roles such as Carmen in Bizets Carmen , Polina in Tchaikovsky’s The Queen of Spades, Bradamante in Handel's Alcina, Page in Strauss' Salome, Maddalena in Verdi's Rigoletto and Maid in Boesmans’ Reigen, Princess Clarice in Prokofiev's The Love for Three Oranges and as Dryade in Ariadne on Naxos, Annina in Der Rosenkavalier by Strauss, for which she was nominated as Young Vocalist (Nachwuchssängerin) by the German magazine Opernwelt’s 2015 yearbook. Since the 2010/2011 season, Stine Marie Fischer has been guest-starring at the Frankfurt Opera: in Mozart's The Magic Flute, Reimann’s Die Gespenstersonate (The Ghost Sonata), Strauss’ Ariadne on Naxos, Verdi’s Rigoletto, Wagner’s Die Walküre, and in An unserem Fluß (Novak, world premiere in 2015).
In 2013, she debuted at the Monte Carlo Opera as Flosshilde in Wagner’s Das Rheingold, in 2015, at the Théâtre Royal de la Monnaie in Brussels, and in 2017 at the Deutsche Oper am Rhein (German Opera on the Rhine) in Düsseldorf-Duisburg, and the Staatsoper Berlin (Berlin State Opera). In 2019 she return at the Théâtre Royal de la Monnaie in Brussels in the production of Rimsky-Korsakov The tale of Tsar Saltan.

In 2011, Stine Marie Fischer sang the alto solo in Bach's St John Passion during the Stuttgart Bach Week under the musical direction of Helmut Rilling. Her concert repertory also includes H. Bach’s Lamento, Beethoven’s Symphony No. 9, Dvořák’s Stabat Mater, Handel’s Messiah, Rossini’s Petite Mass Solennelle. In 2015, she made her debut at the music festival Festspiele Mecklenburg-Vorpommern and then, in 2019 the gave he debut at the Elbphilharmonie with the Hamburger Symphonikern.

In 2015 and 2017, the magazine Opernwelt nominated the performer in the category Young Artists. ”Stine Marie Fischer, who rightly takes on ever greater tasks in Stuttgart”, Michael Stallknecht NZZ, SZ, Opernwelt
In 2015, the magazine Opernwelt nominated her in the category Young Singer for her performance as Annina in Der Rosenkavalier in Stuttgart, among others.